Land is one of the valuable assets and therefore it plays an important role  in people’ lives. In addition, the innovation in the legal system has resulted in many difficulties in resolving land disputes.

SB LAW is proud of having a team with high qualifications, professionalism, dedication and years of experience in consulting on land dispute resolution. We have brought the highest number of solutions to clients.

Documents to be prepared for land dispute resolution

For easy reference before submitting a land dispute resolution application, SB Law has outlined some of the following procedure documents:

+ Papers regarding the legal status of the petitioner, the defendant, the persons with related rights and obligations: Identity card, household registration (a certified copy)

A list of documents to be submitted with the complaint (specify the number of originals and copies).

+ In addition, the above documents must be translated into Vietnamese by an translation agency and the original must be attached

Nowadays, land disputes are more and more complicated. Therefore, we need to understand such legal provisions on the process of resolving disputes on land in order to save time, effort and money

According to the current provisions, whether the parties raise dispute over land, the government encourages the parties to self-mediate, in case the parties can not reach a mutual agreement, grassroots conciliation is a mandatory procedure in resolving disputes.

According to Article 88 Decree 43/2014/NĐ-CP, the procedures for conciliation of land disputes are stipulated as followings:

Upon receiving a written request for settlement of a land dispute, a provincial-level People’s Committee shall:

a,Verify and learn about the cause of the dispute, collect relevant documents about the land origin, land use process and current land use status from the parties;

b, Form a council for conciliation of land disputes.

c, Organize a conciliation meeting with the participation of the disputing parties, members of the council for conciliation of land disputes and persons with related interests and obligations.

If the conciliation at a commune-level People’s Committee fails, a land dispute shall be settled as follows:

a/ Filing a written request for dispute settlement with a competent People’s Committee as prescribed in Clause 3 of this Article;

b/ Filing a lawsuit with a competent People’s Court in accordance with the law on civil procedures;

In case the concerned parties choose the option of settlement at a competent People’s Committee, the settlement is as follows:

a/ In case the dispute occurs among households, individuals and communities, the chairperson of the district-level People Committee is responsible for the settlement. If the concerned parties disagree with the settlement decision, they are entitled to lodge a complaint with the chairperson of the provincial-level People’s Committee or to file a lawsuit at a People’s Court in accordance with the law on administrative procedures;

b/ In case the dispute involves one party being an organization, a religious institution, an overseas Vietnamese or a foreign-invested enterprise, the chairperson of the provincial-level People’s Committee is responsible for the settlement. If the concerned parties disagree with the settlement decision, they are entitled to lodge a complaint with the Minister of Natural Resources and Environment or to file a lawsuit with a People’s Court in accordance with the law on administrative procedures;

The legally effective decision on dispute settlement must be strictly abided by the concerned parties. If the parties fail to comply, the decision shall be enforced.

SB Law has been operating for over 10 years with a team of lawyers and legal experts with in-depth knowledge and experience, who can provide clients with land dispute resolution consulting services.

+ Advise on disputes over land use rights

Consult a lawyer before proceeding to initiate a lawsuit of settling a land dispute is a smart choice to ensure maximum rights and benefits.

The lawyer is the one who studies the case and advises you on suing and solving problems. In particular they will guide provide you guidance and ensure your rights and benefits.

This is a type of disputes over the rights of land users, often related to disputes over compensation, land clearance assistance; disputes between landlord / tenant.

+ Advise on dispute over land use purpose

In order to settle such dispute, it is based on the origin of land use, documents issued by state agencies in different periods,…

SB Law has been recognized as a law firm with diversified and comprehensive consulting field and a wide network of operations throughout Vietnam and Asia.

For further inquiry, please feel free to contact us: 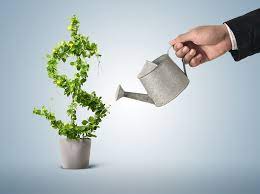